The beauty of the archipelago has charmed a number of foreign investors to pour some of their money into the development of ecotourism on Indonesia’s small islands.

Swedish Ambassador Ewa Polano said on Tuesday that Indonesia, which had an immense number of small islands, offered lots of potential for ecotourism that businesses and local communities could capitalize on.

“We, along with Swedish entrepreneurs, would like to create the biggest ecotourism region in Asia-Pacific,” she said on the sidelines of Indonesia’s first International Forum on Small Island Investments held by the Maritime Affairs and Fisheries Ministry.

John Higson, a Swedish man from PT Eco Solutions Lombok, said he was interested to invest in ecotourism in West Nusa Tenggara due to its immense beauty.

“Nine years ago I was on holiday with my daughter and I visited Gili Meno in Lombok. We really liked the island and several years later, we bought a villa there,” said Higson, who was present at the forum.

After having a villa in Gili Meno, Higson thought of developing ecotourism on other islands of Lombok and West Sumbawa.

He said that he made a presentation in front of the local officials, including the West Sumbawa regent, who he said was interested in ecotourism.

“In 2010, we started this ecotourism project with the local administration to develop Tanjung Ringgit [in Lombok],” he said.

Speaking at the same event, Greek Ambassador Georgious Veis said the beauty of Indonesia had interested many Greeks to marry and have a honeymoon in one of Indonesia’s beautiful islands.

Its charm also appeared to be a magnet to Greek businessmen looking for business opportunities in ecotourism on Indonesia’s small islands.

West Sumbawa Regent Zulkifli Muhadli said tourism investment on small islands was still small compared to investments in other sectors, such as manufacturing and mining.

He said tourism investments accounted for only 10 percent of the total in West Sumbawa, much lower than 90 percent investments in the mining sector.

“I think it would be better to issue a regulation as soon as possible so that investors could use the concept of developing small islands based on environmental aspects,” he said.

Foreign investors, he said, could invest in small islands prioritized by the ministry, such as Cambang-Cambang Island, Sanrobengi Island and Pasi Gusung Island, all in South Sulawesi, Banyak Islands in Central Sulawesi, Tabuhan island in East Java and Gili Balu’ Islands in West Nusa Tenggara. (tam)

This site uses Akismet to reduce spam. Learn how your comment data is processed. 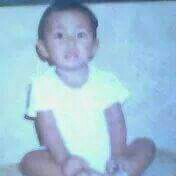 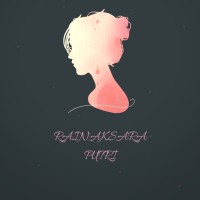